work in progress in the shipyards ...

The newly acquired ship has been repaired and modified; I added some decking for based figures and decided on 4 rowers each side, using some plastic oars I had rather than the metal ones which were somewhat clunky; an old paintbrush handle for the mast - sail to be done. 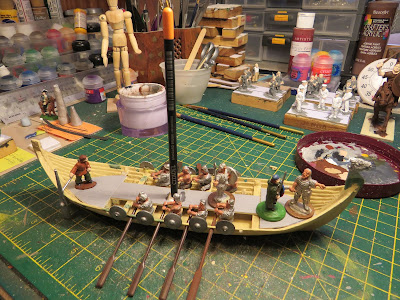 With work on this ship in progress thought I ought to get the others out for inspection and minor repairs. I had some rowers already, I decided to keep 4 of them to use with this small ship, which can be setup with sail down or raised. 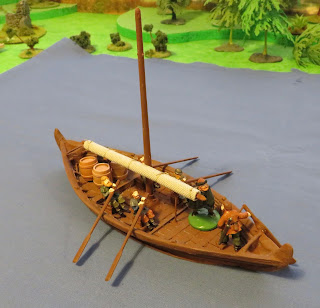 I have three large ships, I will see if I can tweak at least one of them so that plastic oars can be used with them too. The small fleet... 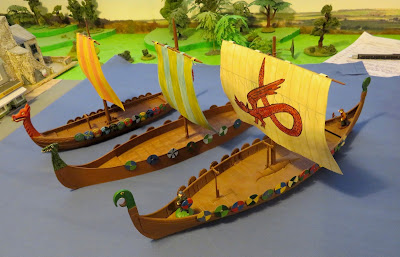 surplus rowing figures will be converted to seated warriors either to go in ships or sit in the great hall.
Posted by tidders at 13:29 1 comment:

newly arrived in the shipyard .....

newly arrived on the workbench - picked up off Ebay for good price - a small longboat and crew - something to work on - the resin hull needs some repairs... 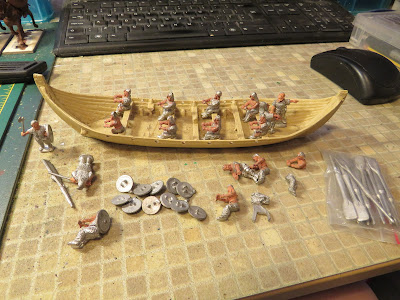