Another Day, Another Temple.

Moaned Cedric to his fellows as Sven lead his men onwards.

All were battered, very few did not carry wounds, it seemed that the Gods have deserted them.
And still Sven was driven further and further by his vision.
They had landed to search for the temple of Diana, unsure as to its exact location, Sven had split his band into three parts to speed the search.
As his own small band approached, they could see Ragnar already at the site. 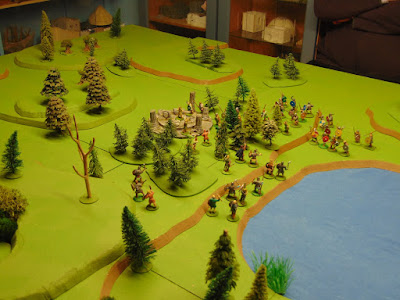 Sven held the bulk of his force back as a shieldwall, whilst he sent a few brave men through the woods to the temple. If he could delay Ragnars men long enough his own men could come up and he could win control from them and seize the goblet. 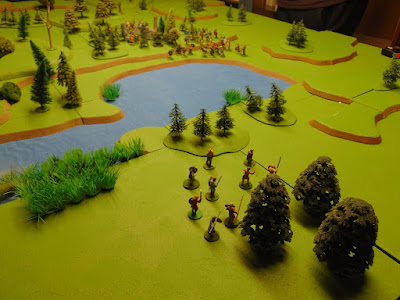 The two forces clashed and Svens men were forced back. He's done it again mumbled Ulff to Hagar. 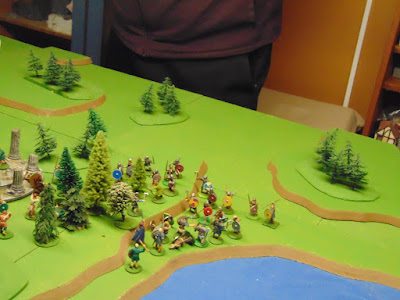 They fought on bravely, knowing that the rest of the boats crew would soon be on Ragnars flank and rear. 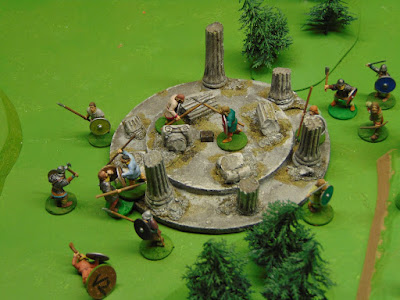 More of Svens men fell wounded. What was keeping the rest of the crew? They must be moving at a snails' pace. 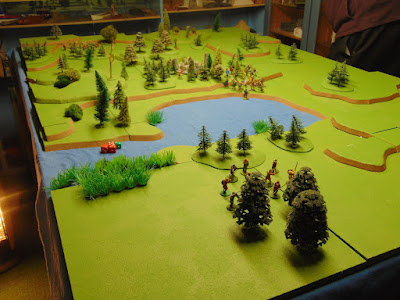 Sven and his men were forced back. 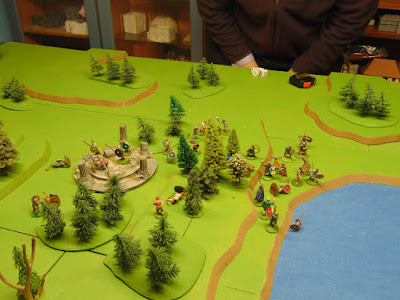 Ragnars men had found the chalice and were retiring, Sven and his men could only shadow them, too few remained fit to fight. 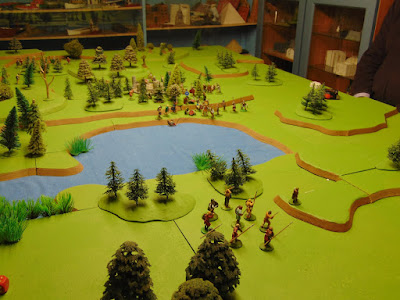 Too late and too few, Some of Svens men appeared on Ragnars flank, but were helpless in the face of the archers. 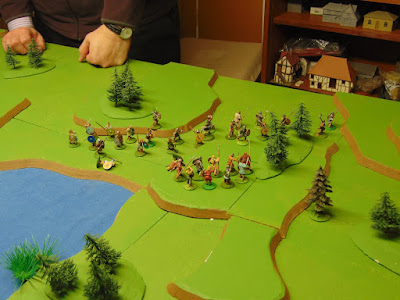 They too could only watch as Ragnar led his men away to the ship. 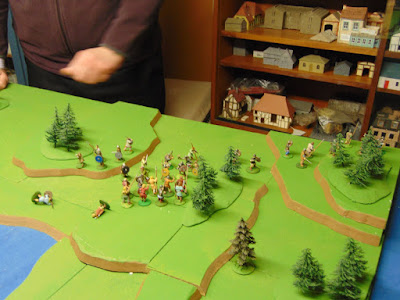 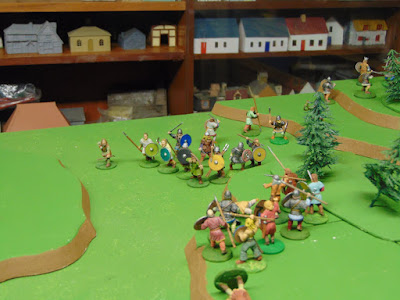 Sven surveyed his weary band, much as he hated to admit it for the moment they were beaten.
The wounded must be treated, The dead given the funeral they so richly deserved, but as the smoke rose from the funeral pyre. Sven could only hope to see Ragnar atop the next.

For now he must lead his men to a quiet spot, to rest,drink and eat well,tell tall tales and prepare for their next voyage.
He had heard rumours of  a Golden Sheepskin.
Posted by Douglas at 09:51 1 comment: